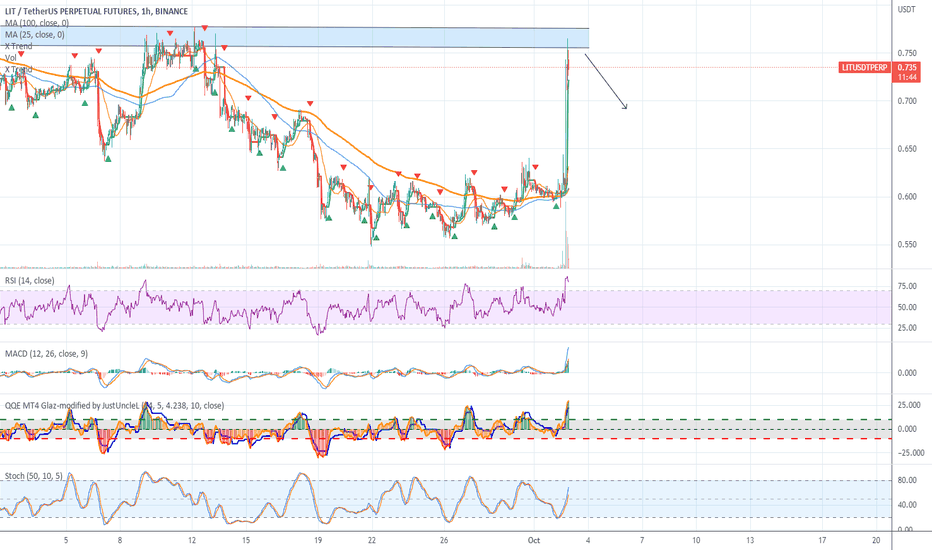 LIT got rejected in the resistance area on the 1H time frame, expecting small retracement from here down to $0.7 area. 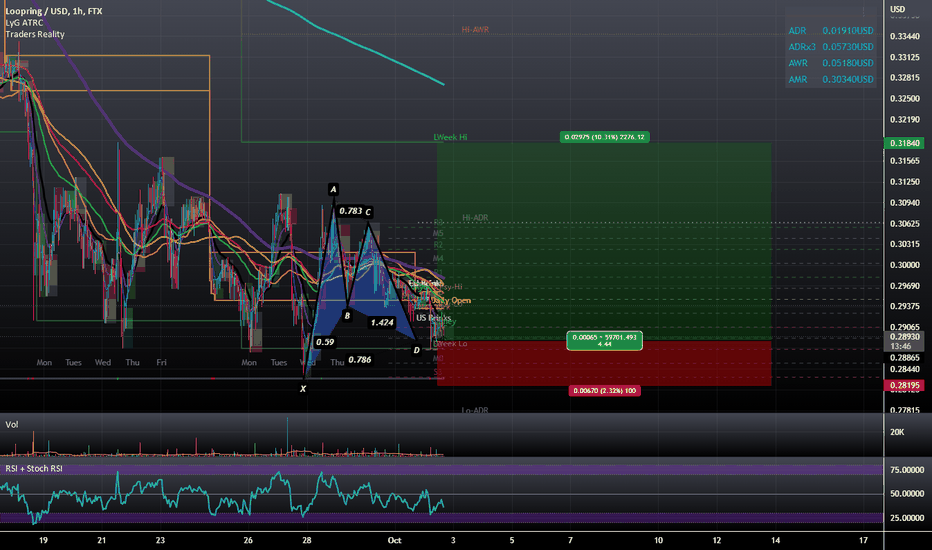 Interesting little Bullish Gartley to start the week on. 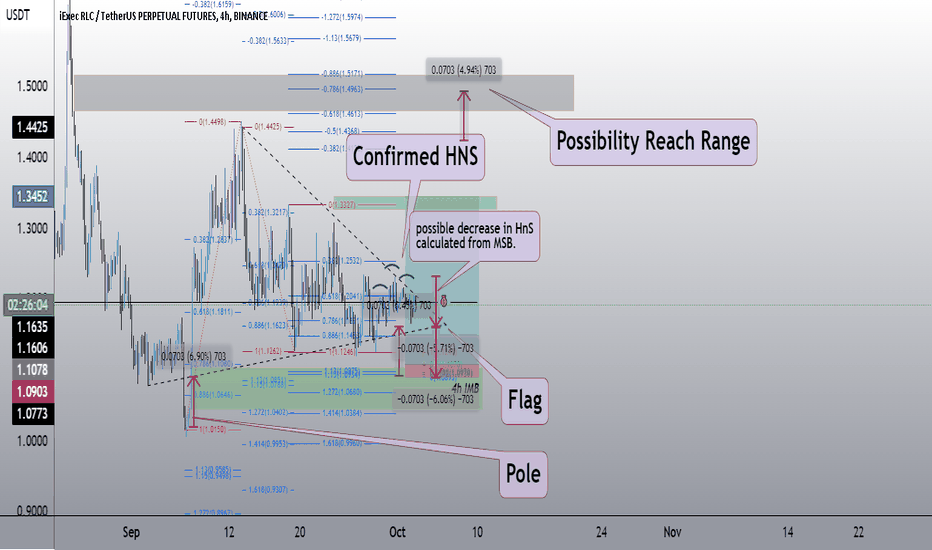 All detail available on chart.

If there's confusing detail reach me on message

Better Open this link on PC/Website 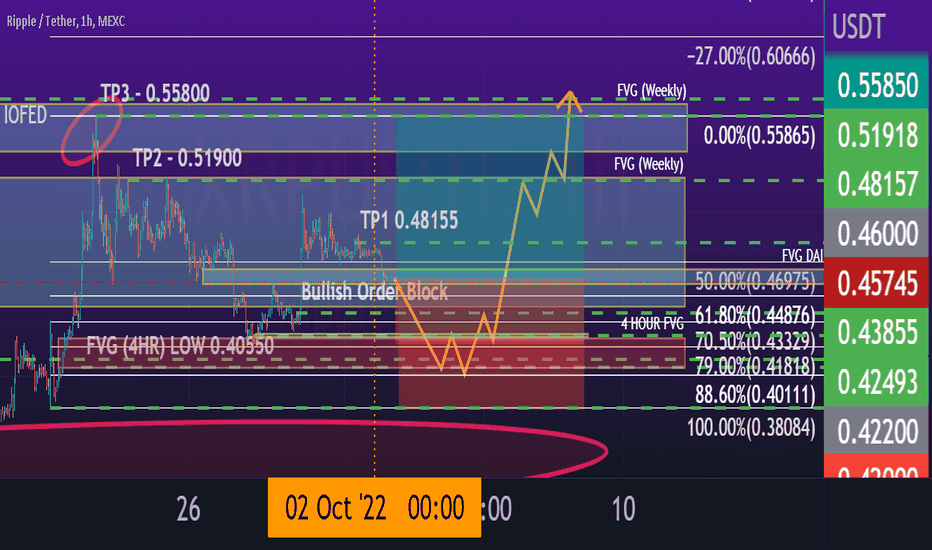 *SMT* = Smart Money Theory = everything you think that is not retail related to trading. First, SMT does not believe that triangles, wedges , trendlines , channels, harmonics, etc. has any effect on how price reacts. I'm Sorry, but you won't convince me that Tasla or Bitcoin knows it has created a triangle and that it knows how to react from that? It does and will remember price levels, that's it. The second is to recognize that the price is not random, it is set by an algorithm controlled by those that control the asset. The Third thing to remember is price will do 2 things 1) move toward attacking where there is Liquidity (Equal Highs, Equal Lows, phantom Trendlines etc.) and 2) Move toward Imbalance (Fair Value Gaps, Liquidity Voids. Open Gaps) That's the basics. The rest is very unique in the vocabulary you need to have and the concepts that wrap around these ideas.*

I batttled withthis and had two ideas and I've narrowed it down to one. It should fill the 4 hour fair value gap bellow before shooting up and filling the Weekly fair value gaps created back in May/April

So Currently the price dropped today in the new day and month but has not finished out the week. And I don't think that my original idea will be finished out this week. I do believe that the price will Move up. because if you look at the current Wave, the 162% is the current high within the last few days . Additionally it is within the weekly Faif value gap that it entered and droped created an Instititional Order Entry Drill (WHICH IS THE CURRENT HIGH) Now you can enter now with little leverage and leave a atop loss of about $0.42000 as well as a second entry of $0.4400 with the same stop loss. also with very low leverage. The reasoon I have it bullish above these prices are because the last quartly highs haven't been above $0.4100 and I would expect them to stay above that considering the weekly fair value gap prices.

Lastly I have an entry of $.42500 with a stop loss that would cover the 4 hour fair value gap and that entry would be the last bullish order block of $0.42545 covering to the previou areas consolidation low of $0.3760 ( 9however, if this is what you think you might as well add more leverage to your short and us these numbers as take profit) although, it' really the 4 hour FVG Low of 0.40550 that O dpn't think it will get lower than before I put on a high leverage long through the current Weekly Fair Value Gap and Hoping It gets to the other weekly Fair value Gap just above it. as you can see the weekly lows of the current chart are balanced vut where there is a weekly fair value gap above that price usually wants to fill, this is where the unbalanced act is that needs to be balanced. If it does fill the below 4 hour fair vlaue gap, my previous idea's take profit is complete and then it should move up to complete the banlancing of the weekly now that the daily's have been balanced.

But if it goes up first and completes the balancing of the weekly, I wouldn't be surprised to see price not hi my original stop loss and turn around and filll the 4 hour gap.
So just to be clear here is what I think the scaenarios are on chart
1. Now until $.4400 is an entry with a S/L of $0.42 Staying above highs. but falling again once it covers the weekly FVG near 5585

Considering most prices still follow bitcoin and I think Bitcoin still has time to get to it's ultimate low of $15,6 I think it's going to cover the second option first, clear out my first take profit and then head to my second. Giving it a 3.25 R:R. However, if you think right now is the time to go long, then you have a 2.75 R:R ... This is why I currently have a small amount in low 3x leverage going long, because if the second comes true, I can get 4 times the amount if I enter correctlty with 12 x leverage. Because I believe either are going to win. And I might Just not enter a second time until .41 and just ad double my current entry and have 15x leverage rather than losing any at all.
Quite a bit to think about but any of these scenarios I believe are winners, It's just paying attention to Bitcoin now.

Probability of an Correction

Probability of an Correction 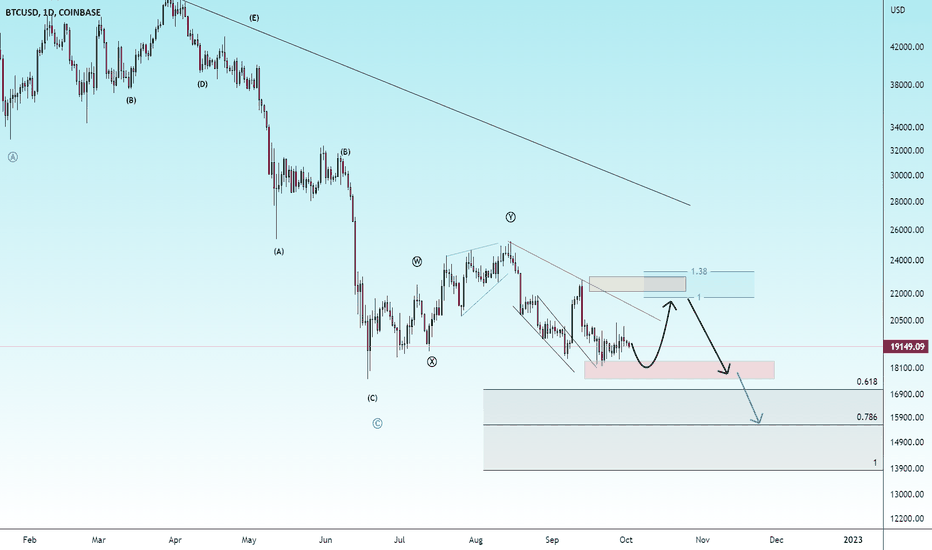 It is expected that the upward trend will move according to the specified path and within the specified resistance range, a trend change will be formed and we will see the beginning of the downward trend. 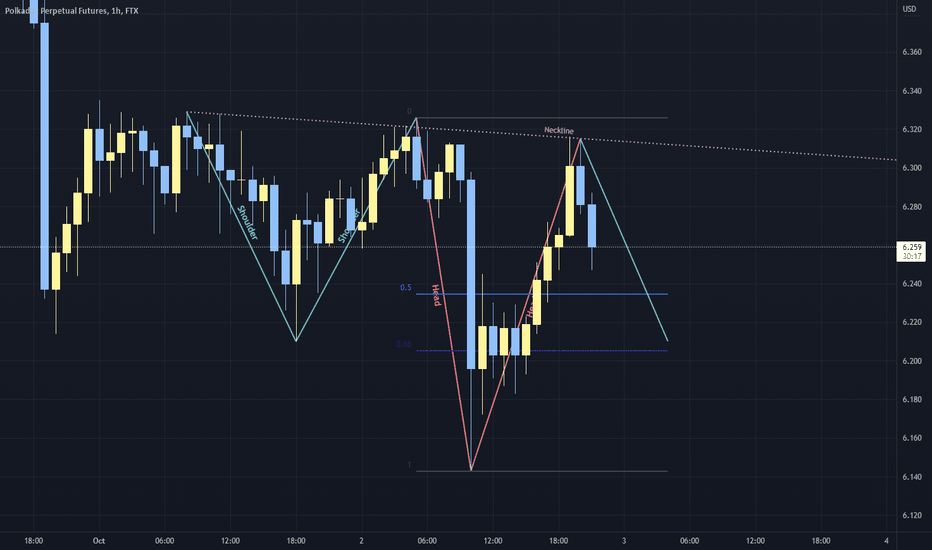 Opportunity for an aggressive inverse H&S play at a 50% or 66% retrace.

Bitcoin and Altcoin Prices by TradingView 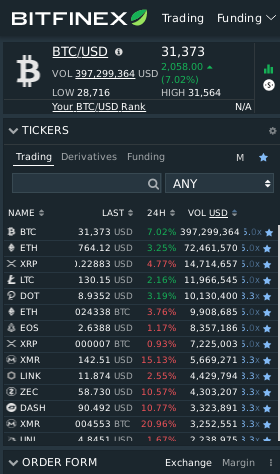 Daily transaction fees divided by the number of transactions made on the Bitcoin and Ethereum blockchains. Chart uses 7-day moving average. 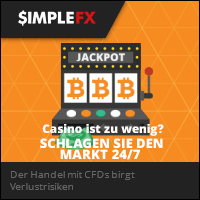